Google unveiled the new product in a post on its official blog — its characteristically understated way of introducing new features to the world. It can be reached at www.lively.com but is officially part of Google Labs, an area of the company’s site where it showcases projects that remain in the beta, or experimental, phase. As a part of Google Groups, Lively tries to make conversation three-dimensional, more interactive, and more fun.

Google Groups is all about helping users connect with people, access information, and communicate effectively over email and on the web. Now there's a new version on the block. With 'Lively', you can chat and interact with your friends in rooms you design.

Up to 20 people can occupy a room and chat with one another. (Text appears as cartoon-style bubbles atop the avatars.) Users can design their own virtual environments, hanging on the walls videos from YouTube and photos from Picasa, Google’s photo service, as if they were pieces of art.

Several lists exist offering 100+ best technology tools for learning. This is one of the better ones.

This is a web slide show of assistive and adaptive technology (AAT) tools and resources for educators and learners. 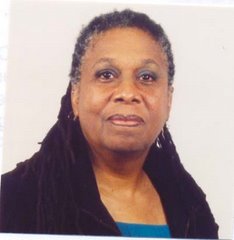